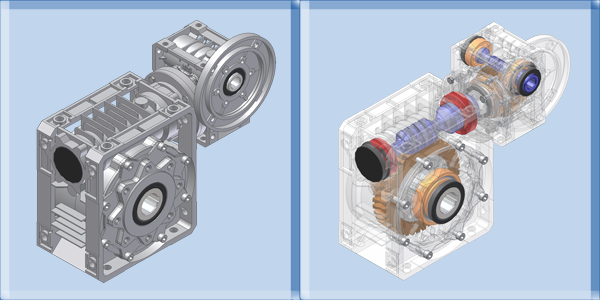 Worm gearboxes can be mutually combined in a way to form two reduction stages arranged in tandem, i.e. in a mutual series connection. The usual combinations of worm gearboxes include two alternatives: either both units are of the same size or smaller unit upstream is combined with a larger unit downstream. The largest unit is always placed downstream because torque acting on the unit downstream, the one closest to the unit, is much higher.

It is strictly imperative that the gearbox selection is effected basing on maximum output torque and not on input power (since this one is mostly exorbitant).