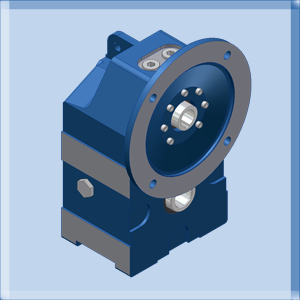 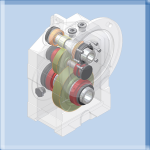 Shaft-mounted gearboxes series PD are in PAM version for direct motor connection and in version with solid input shaft for a drive transmission.

Being shaft mounted gearboxes, they are equipped with torque arm, which simply consists of an insert in appaorpriate elastomeric material, which has to be fitted on the eyelet of the housing.